Over a year since I first wrote about hand painted signs in Cambodia I thought it was time for a brief update.

First are some examples from my travels around the country, followed by some other pieces of signage that amused me in one way or another. 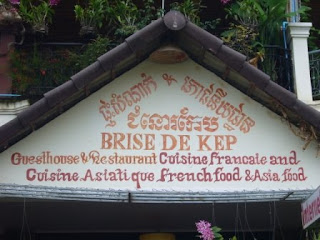 First to Kep, a nice use of the available space and a charming if erratic script in red. 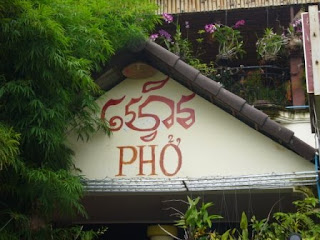 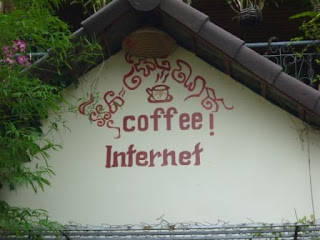 An attempt at illustration and an oddly placed exclamation mark. 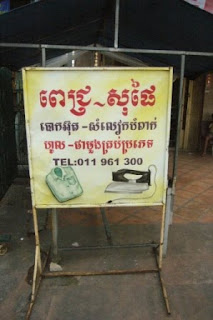 Low literacy levels mean that signs frequently feature very explicit illustrations of the product or service offered. This one is from Takeo. 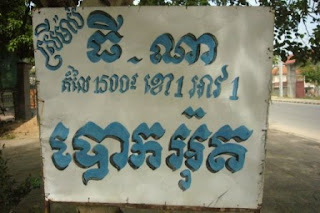 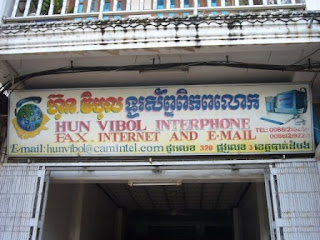 A very polished effort from Battambang. 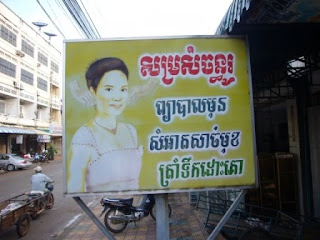 Both sides of these street signs can be used to showcase different services. First is gagging. 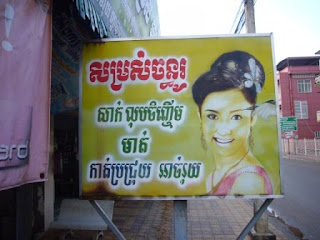 Next is jabbing the eyebrow with a spiked instrument. These two from Battambang. 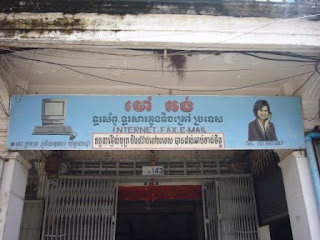 Another shop front in Battambang. 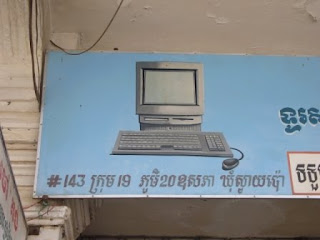 Close-ups of the very latest technology available inside. 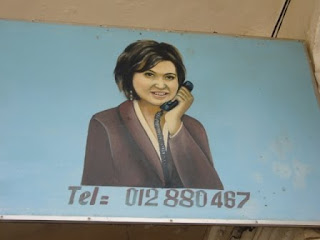 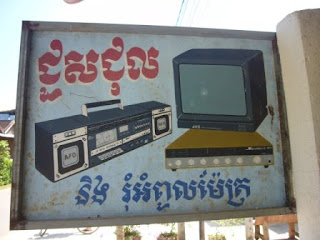 Cassette players on the outskirts of Battambang. 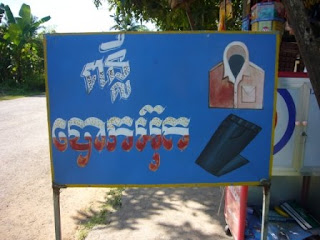 Check out the crease ironed into those trousers! 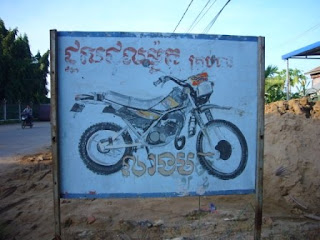 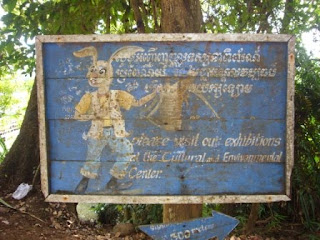 The now fading welcome sign at the lake in Ratanakiri. 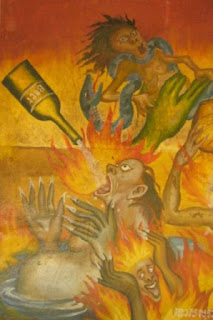 Pagodas across the country have wall paintings depicting a hell-like scene. This one at Sambok Mountain in Kratie province features this interesting component which may not be everyone’s idea of hell… 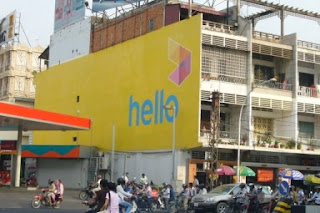 A modern painted sign in Phnom Penh, spotted on the way to TEDxPhnomPenh. 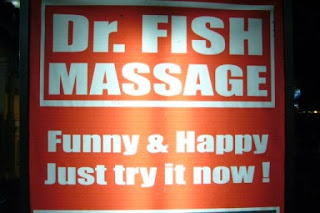 Found in Siem Reap, advertising a foot-bath filled with tiny fish who eat all your dead skin. Perhaps not the most hygienic thing in the world, but certainly funny and happy. 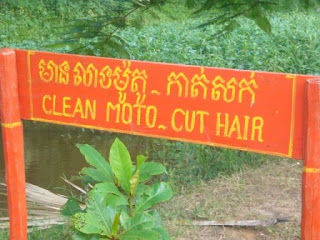 Back to Kep and what better double act of services could you hope for, get you hair cut while you scooter is cleaned. 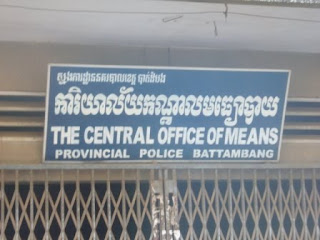 From Battambang. I’ve no idea what it means. 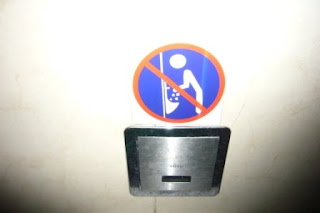 Don’t wash your hands in the urinal in Siem Reap. 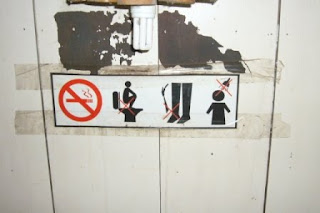 Don’t squat on the toilet. (NB. To be serious for a moment, sanitation is a major health issue in Cambodia where the majority of people do not have access to quality toilet facilities. These signs are at Angkor Wat which is free for Cambodian citizens, many of whom have not encountered a ‘western’ sitting toilet or systems based on running water technology.) 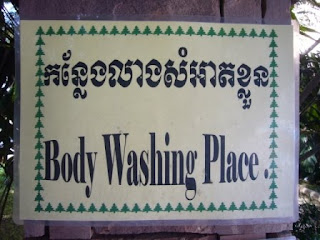 Very explicit location information for the showers at a swimming pool in Battambang. 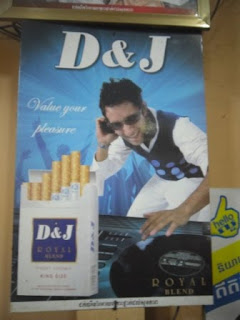 And in Takeo, a reminder that tobacco advertising is far from banned in Cambodia. Value your pleasure with a D&J, or should that be DJ?