As part of my work with VSO I recently attended a study tour to Bangladesh, a country with many similarities to Cambodia but also many differences.  The study was great but I have to admit that I was perpetually distracted by the sheer quantity and (often) quality of hand painted signage, decoration and other forms that could be found absolutely everywhere.  It is perhaps the most colourful place I’ve ever visited and this had a lot to do with what must be a small army of craftsmen plying their trade across the country.

Here are some of my highlights (click images to see full screen).  Many more pictures from the trip can be found in the Flickr sets linked from this page.  If I hadn’t spent most of the trip in a taxi or meeting room I could have gathered enough material to fill a book from just one town, and there must be hundreds or even thousands of towns in Bangladesh…

(If anyone can translate any of the signs then please leave a comment or do it via the corresponding Flickr image.) 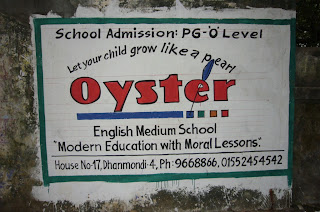 Quite a freshly painted sign.  There is definitely something slightly rough and ready about it as you can see the undercoat/background is spilling out around the edges and the grid-lines used to size the letters are still visible.  That said, who can argue with a “modern education” that comes with free “moral lessons”? 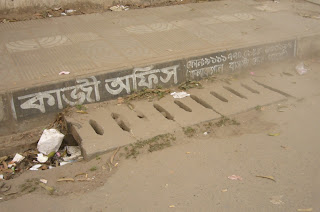 An unexpected Dhaka speciality was what could be referred to as ‘gutterads’, the poor and more lowly relation to ‘roofads’. 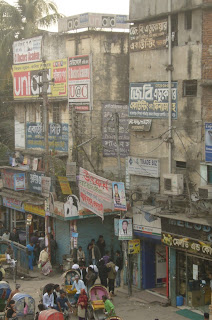 It really was a case of ‘sign wars’ across the capital with little space left on buildings for anything else.  Cluttered would be an understatement. 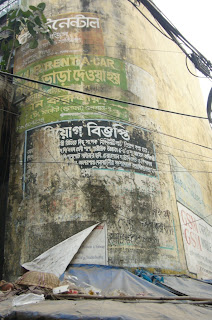 There was no shortage of Ghostsigns, remnants of advertising past, miraculously resisting the re-use of the space. 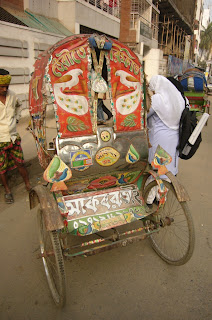 The hand painted form did not just apply to advertising and other signage.  All modes of transport were decorated in elaborately detailed designs and patterns.  Here is the back of a Dhaka rickshaw, there are apparently over 500,000 of these across the country, that’s one for every Bristol resident and some to spare… 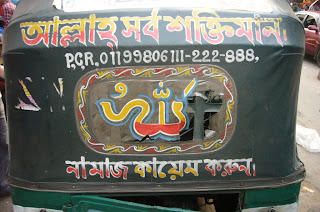 This is a very typical lettering form, top and bottom halves in different colours.  This is the back of a mini-taxi or motorised rickshaw, similar to tuk tuks. 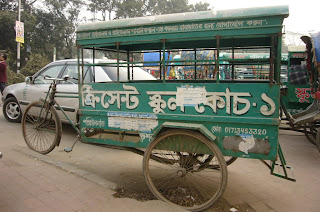 This is a small pedal-powered bus, it can easily fit 8-10 people which makes driving no easy task. 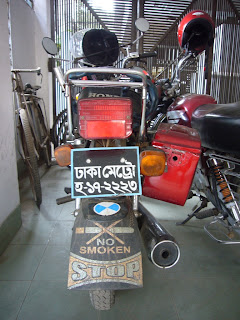 Even number plates are hand painted, along with other important communications for those behind the vehicle. 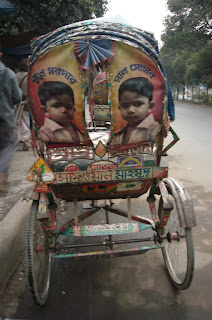 Another rickshaw back with a very photo-real illustration. 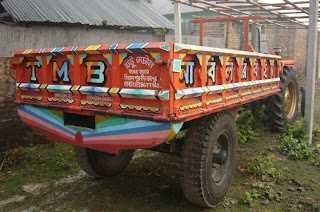 Trucks, lorrys and trailers are all painted in bright colours to identify the company that owns the vehicle.  It was difficult to snap them as they were usually moving but this one provides a good example of the paintwork and colours. 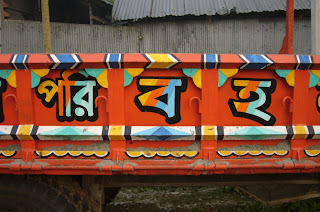 (More transport painting can be found in this Flickr set.) 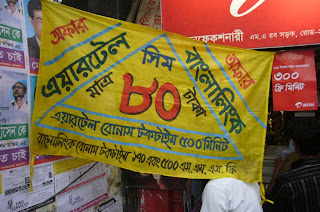 Painting onto fabric is also prominent, similar to what I’ve observed in Cambodia. 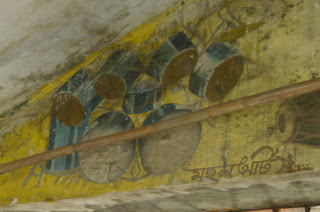 This drum kit up high in Dhaka’s central market caught my eye.  I suspect the script could be the name of the signwriter who produced it. 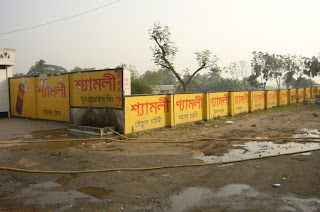 In the more rural areas you still come across these multi-panel displays.  The main difference is that they are typically bought up by one brand, whereas in Dhaka you would usually find a handful of companies on one series of panels.  The largest one I saw consisted of perhaps 50-60 panels, easily 200-300m long. 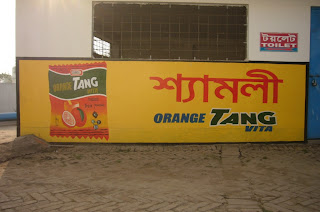 A very bright piece of advertising.  It does feel a bit like stepping back in time when you consider that the Ghostsigns in the UK and elsewhere were once this vibrant too. 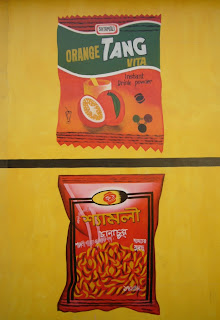 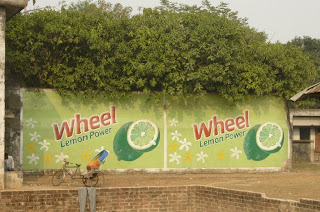 I’m assuming this is some kind of washing liquid or detergent.  This was probably the most prolific campaign I came across on the trip, hundreds of individual panels in just two districts that we visited (Dinajpur and Bogra). 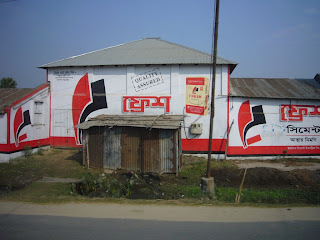 It’s not just panels either, signpainters also have the ability to work up whole buildings and make use of every piece of available wall space.  This for a cement brand, not something you’d see getting mass-market exposure back home. 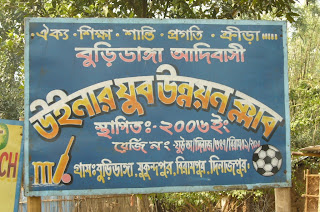 Even at the level of the smallest and most remote villages there are still beautiful examples of hand painted signs.  This one for the village youth club. 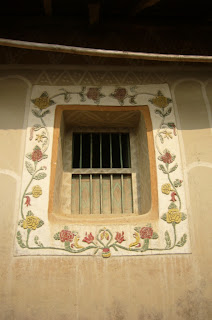 From the same village I found this lovely piece of hand-painted decoration around a window in a mud house. 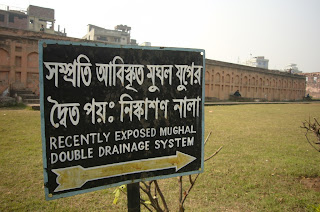 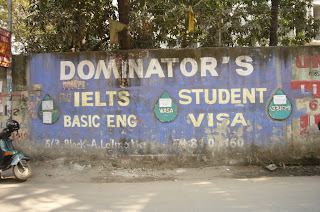 “Dominator’s”, one of my personal favourites.  (IELTS is the same as TEFL or equivalent English teaching qualifications.) 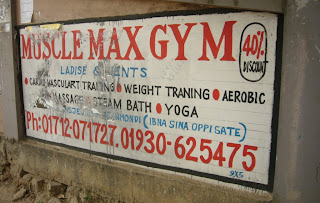 One for the ladise (sic). 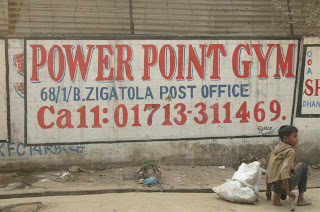 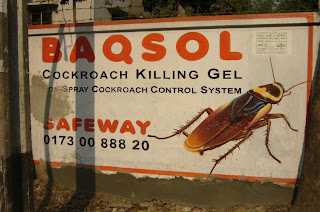 And finally this, a sign I saw from the bus when we arrived at night and which I spent the whole trip trying to find again. I’d left my camera battery charger in Cambodia and it was fate that the last photo my camera could muster was of this sign.  It’s a great illustration, although in my experience they tend to have longer antenna relative to body size.  Note Safeway still going strong in South Asia…

As previously mentioned, more photos can be found in these Flickr sets: