Having been busy on my dissertation I have been neglecting to feature all the signs that I get sent by friends and readers of this blog. The last time I did a profile like this was back in March 2008 when I showed some examples from London, Europe and the USA. So here are some of the latest arrivals into the Ghost Signs inbox, thank you to everyone who has contributed, please continue to send your discoveries through. 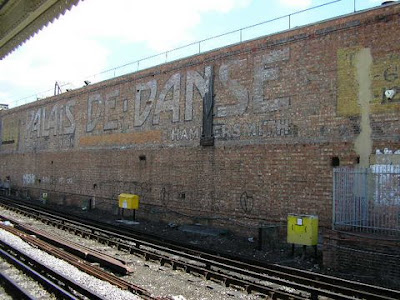 First up is ‘Palais de Danse’ which can be seen across the platform of the open air bit of Hammersmith Station on the London Underground. This advertises shows at the now closed Hammersmith Palais. It’s probably the widest sign I’ve seen in London and so getting the second of these two photos must have used a very wide angle lense? Steve sent these through after hearing about the project on BBC London last summer. Next is this Acton sign from Vin Miles advertising Lavender Soap. This was presumably a competitor to the more prolific Sunlight Soap but I think I prefer the style of this sign. It looks as though it has been partially preserved by a modern billboard, note how the top right portion of the sign is much less faded than the rest. Vin also has a great collection of other signs from the Acton area. 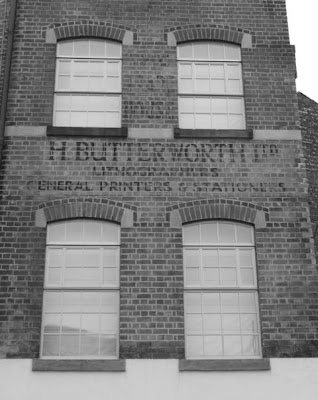 This sign was spotted in Nottingham and is interestingly for a printing company, they’ve used a stylish font for their company name and the lettering is in a very clear, printed form. I think I should probably do more in black and white as it fits well with the subject matter. Most of William Stage’s book is in black and white so I’ll be doing some experiments in the coming months. 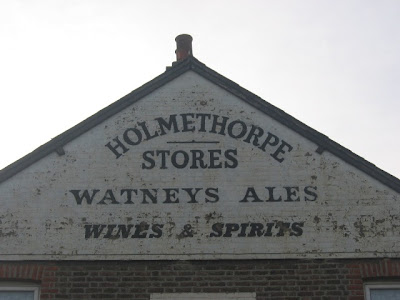 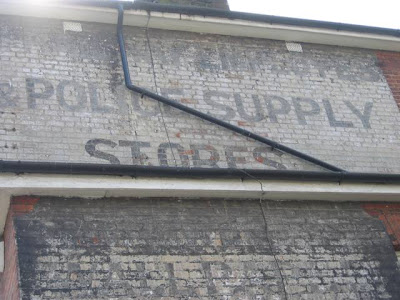 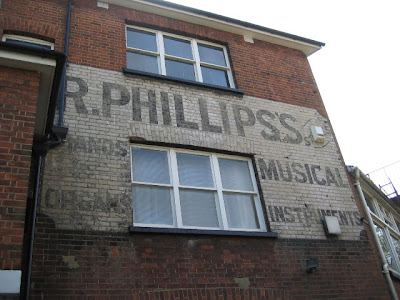 This is a series of three signs from Redhill in Surrey sent in response to my update on the Bovril series. Each has something worth noting, first is that the Holmethorpe Stores sign appear to have been paid for by Watneys, a company that did an advertising campaign which parodied the hand painted wall advertising medium back in the 1930’s. There was then a competition on the back of this.

Next is simply the question of what ‘Police Supply Stores’ actually sold? Was there a police training centre in or near the small town of Redhill or was it more like an Army & Navy store, selling old kit?

The final sign is yet another example of shops advertising the pianos that they sell. It’s also noteworthy for the final ‘s’ in Phillips’s, these days we would usually drop this leaving just the apostrophe at the end. Something like this could help to date the sign? This sign for Gold Flake tobacco was sent to me by Felic Ormerod who saw it off a bus while visiting Ramsgate, a small coastal town in Kent. It just goes to show how these painted signs can be all over the country. Although he wasn’t able to get a picture he did locate this one by Pavilion Tone on Flickr. Tobacco is another product that features prominently in old ghost signs, others include Greys and Black Cat. At first glance this looks much more like an American ghost sign, perhaps its due to the slightly ‘dusty’ light in this particular photo. Nice spot! 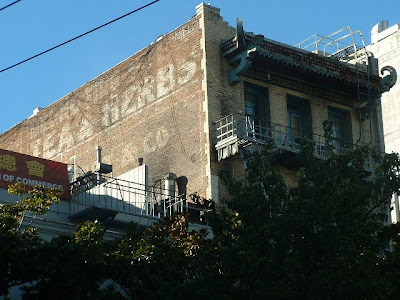 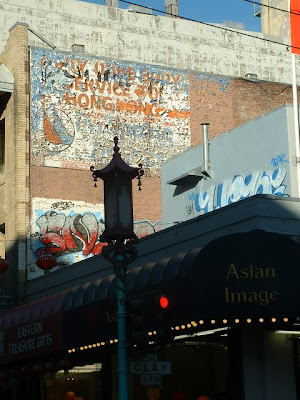 Last up are a pair of signs sent to me by Gabriel following his trip to San Francisco. When sending them through he put the question to me that perhaps they were evidence of different stages of fading, notice that the second one has paint peeling away from the wall. I think the difference is probably due to the types of paint used, one sticking to the brickwork and then peeling away, while the other actually saturates the bricks themselves leaving a far more permanent imprint. It’s be interesting to hear from anyone who knows about this sort of thing…

Once again, thank you everyone for sending these through, keep them coming!